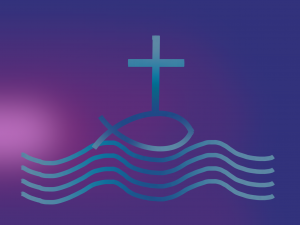 The ways the human family is living on the planet, the ways our economies function and the values they serve are depleting and wasting Earth’s resources, creating great inequalities, suffering and injustice, and exceeding Earth’s regenerative capacity. Earth is crying out. The poor are crying out!

In today’s readings, we hear clearly from Ezekiel that this conversion is the personal responsibility of each of us. St. Paul reminds us that Christ Jesus is that teaching, is God’s demonstration of the Way to live: serving everyone compassionately and generously, not competing for attention, appreciation, wealth or glory, humble and self sacrificing, even to the point of death on a cross. And in the gospel, Jesus warns that words, that simply saying the right things, is not enough. Our actions must show our conversion, a conversion that in these critical times in the history of our planet must be integral, a conversion to action in the ecological, social, economic, cultural, and political dimensions of our lives. 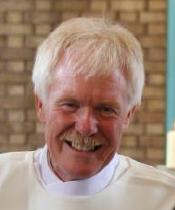 Today is the feast of two founding pillars of the Church, St Peter and St Paul. Both were chosen by Jesus for their distinct personal qualities. Peter had intimate personal contact with Jesus during his life and ministry. Paul knew only the risen Christ. Peter was a fisherman, a working man from rural Galilee, with only basic education. Paul was an urbane well-educated Jewish scholar and a Roman citizen. Peter was called for leadership, “You are Peter and on this rock I will build my Church”; he was action centred, more of a doer than a thinker. Paul was called for mission to spread the Good News of God’s love all over the Roman Empire and beyond. Paul was an eloquent orator and sophisticated writer – he debated with philosophers on the Areopagus hill in Athens in the photo. Neither of them was without major weaknesses and failings. Peter angrily attacked a Temple guard cutting of his ear with a sword, then denied Jesus three times. Paul persecuted to death some of the first Christians like Saint Stephen. The other disciples were scared stiff of Paul to begin with, possibly one of the reasons that they dispatched him off as far away as possible, with minimal company.
Both ultimately gave up their lives in Rome for the sake of their Lord. We too are chosen by Christ to be his people; he takes us with all our weaknesses and failings to be his brothers and sisters. He wants to fill our lives with his Grace, Mercy and Love, if we will but open ourselves to him.

Yes, Lord, our faith is small, our faith is weak, fragile, but we offer it to you just as it is, so that you will make it grow. It seems to me that it would be good for all of us to repeat this together: “Lord, increase our faith!” Shall we do it? How many people among us have this strong, humble faith and do so much good! Think, for example, of certain mums and dads who face very hard situations; or certain sick people, even gravely sick people, who convey serenity to those who visit them. These people, precisely because of their faith, do not boast about what they do, rather, as Jesus asks in the Gospel, they say: “We are useless servants. We have done what we were supposed to do” (Luke 17:10). In this month of October, which is especially dedicated to the missions, we think of many missionaries, men and women, who have overcome all sorts of obstacles to spread the Gospel. They have truly given their life; as St. Paul says to Timothy: “Do not be ashamed to bear witness to our Lord, nor to me, in prison for him; but with the power of God, suffer with me for the Gospel” (2 Timothy 1:8).